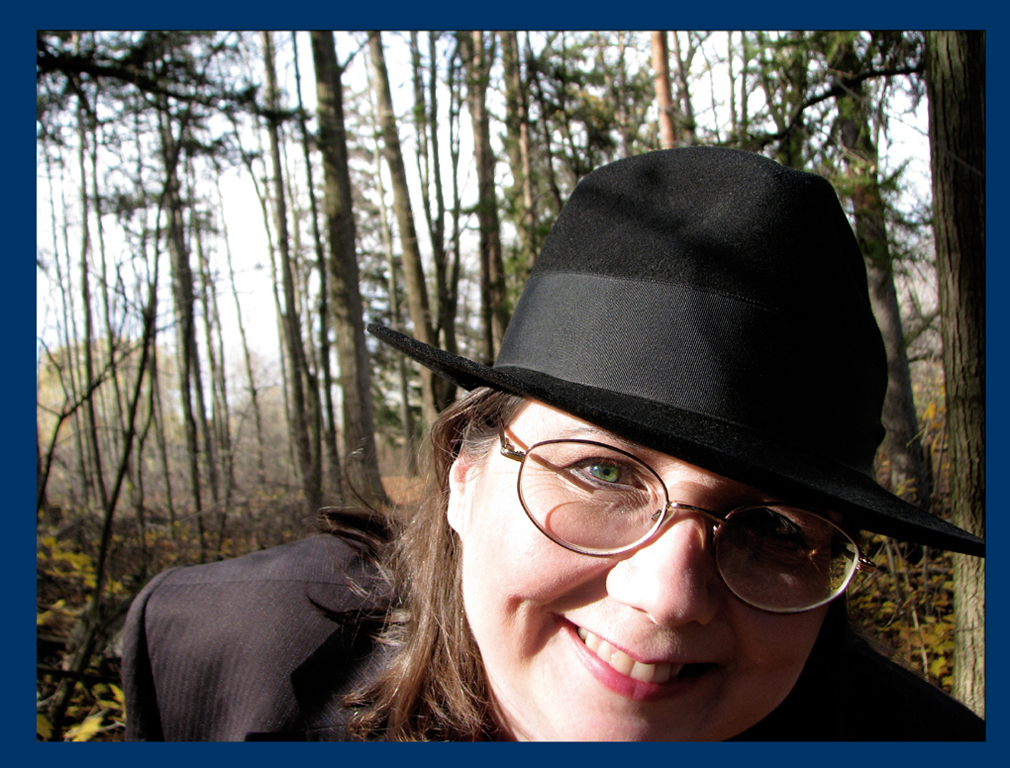 Laurel L. Russwurm made her first novelling attempt at the age of thirteen, when she learned a great many valuable lessons about how not to write a novel.

Venturing for the first time into the world of self publishing, Laurel co-edited the fanzine CANEKTION through high school and beyond.

Laurel’s study of Media Arts at Sheridan College led into a media career with television production credits spanning projects as diverse as Rob Iscove‘s ABC After School Special ‘Romeo and Juliet on Ice‘ and Oscar winning documentarian John Zaritsky‘s ‘Rapists: Can They Be Stopped‘.

Laurel segued into writing for episodic television, including Night Heat, Tintin, Babar, and The NeverEnding Story, with adventures in story editing on Hot Shots and T. and T.

Following a childrearing hiatus, Laurel dabbled in digital image manipulation, web design, blogging, and the Internet. Even so, the siren song of novelling was far too strong to resist, because writing remains Laurel’s first love. Which is why she is currently at work on her next novel, “The Girl in the Blue Flame Cafe“.

You can follow Laurel on various social networking media:

Find me outside social media at Laurel L. Russwurm, Author or drop me a line at laurel.l@russwurm.org